Kaavan: In chains, he weeps

After brief period of freedom, sole elephant at Islamabad Zoo shackled once again

The chains around Kaavan’s feet have returned.

The ‘behaviourally-challenged’ elephant at Islamabad Zoo was held captive in solitary confinement for several years after the death of his long-term female companion, Saheli, in May 2012. Global outcry later forced Prime Minister Nawaz Sharif to intervene, as a result of which the chains around the 31-year-old Asian elephant were removed in October last year. Three months later and much to the dismay of rights activists, the shackles are back.

The Capital Development Authority (CDA), which is responsible for the zoo’s management, is at a loss to deal with the situation. Last year, they had assured the prime minister’s office of looking into the matter. But even though the CDA upgraded the animal’s enclosure at a cost of Rs2.3 million, it still lacks sufficient space and other arrangements to keep Kaavan safe from adverse weather conditions.

CDA spokesperson Ramzan Sajid shared with The Express Tribune a copy of an additional order relating to the upkeep of the elephant during winters. The order mentions the Musth condition a bull elephant experiences during cold weather. “It instructs chaining the elephant from 4.30pm to 9.30am for his safety,” says Sajid while quoting the order.

The condition is a hormonal change mostly experienced from mid-November to mid-March resulting in aggressive behavior in the animal. The order further states that bull elephants cannot tolerate temperatures below 0°C, as is the case during nighttime in the federal capital in the month of January. The caretakers of Kaavan were, thus, instructed to install a canopy in front of the elephant’s shed and light a fire inside the enclosure to keep him warm.

The orders, though, have had little impact on the ground. Kaavan remains shackled for 24 hours a day. Sajid says the animal was chained because he destroyed a small gate and a wall of the enclosure. “The gate and wall are being reconstructed. The elephant is chained nowadays so the construction can be completed and solidified,” he adds, claiming the timings mentioned in the order for the elephant’s captivity will be observed from the coming weekend. 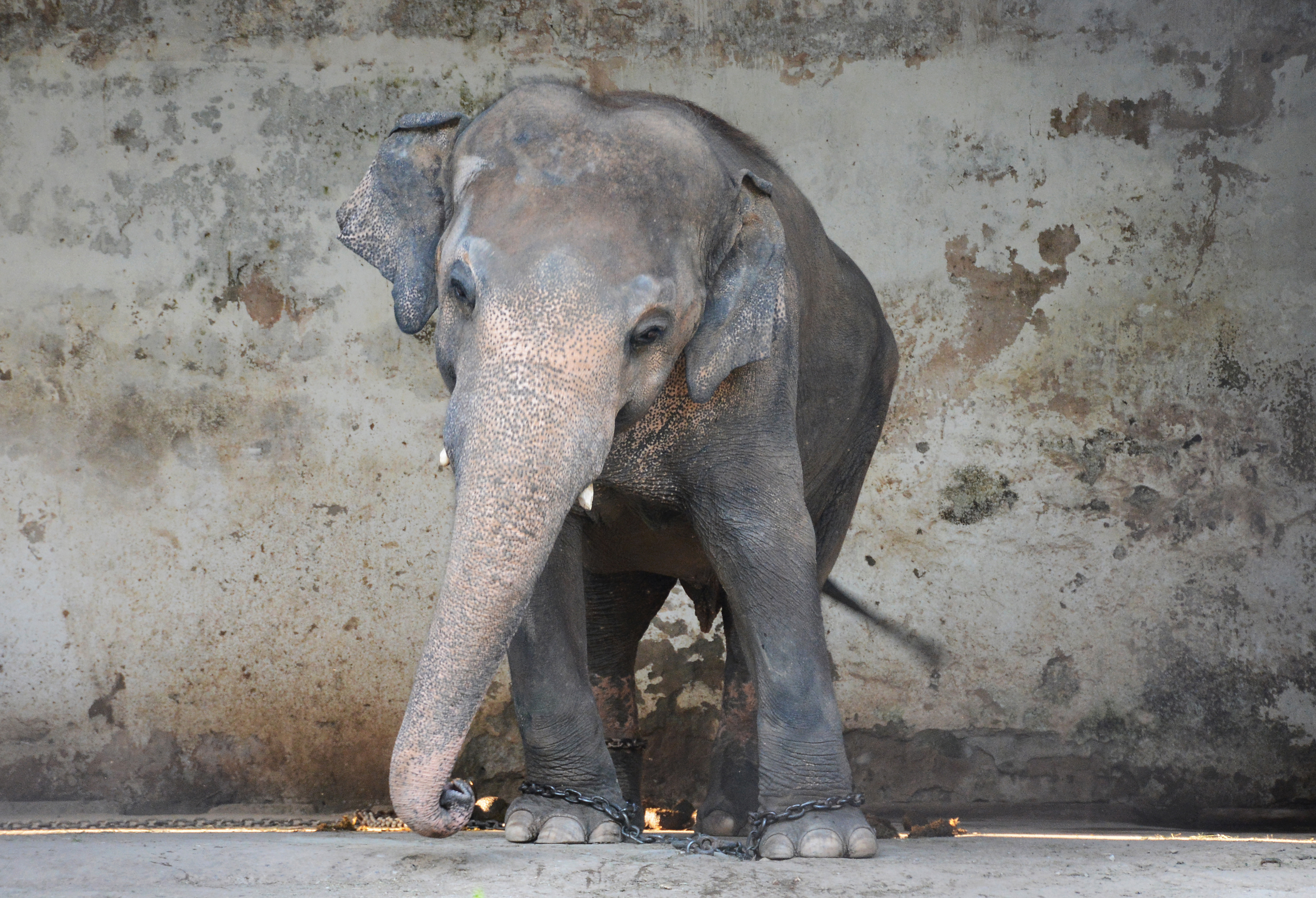 Vexed at the apathy of the CDA and zoo authorities, animal rights activists have planned a peaceful protest outside the prime minister’s official residence. Even through a protest of any sort is prohibited under the prevailing security protocols in the Red Zone, activists say they will go on with their demonstration with the slogan ‘we have not forgotten Kaavan’.

“We staged a protest against re-chaining Kaavan in front of the zoo last Sunday,” says Faryal Gohar, a rights activist who has been heading the campaign for the last five months. “But the authorities seem unmoved.”

Gohar says she also held two separate meeting with the CDA along with other activists and animal experts, but the efforts were in vain. “We want CDA to announce the retirement of the elephant and send it to some sanctuary as they seem ill-equipped to take care of the animal.”

Sunny Jamil, spokesperson for the NGO Help Welfare Organisation, says the date for the protest in front of the PM House will soon be announced. “We have only one demand: send Kaavan to a sanctuary.”

Kaavan is no stranger to global attention. A petition titled ‘Help Free Kaavan’ launched last year has 395,245 signatories so far. Demanding the elephant’s release to a sanctuary, the petition was started by an American national of Pakistani origin, Samar Khan, after she witnessed Kaavan bound in chains during a visit to the zoo.

Kaavan’s plight was also featured during the Global March for Elephants and Rhinos on October 2, 2015 in Los Angeles. Moreover, a UK-based animal welfare charity, Four Paws International (FPI), formally approached the CDA chairman with an offer to transport Kaavan to a sanctuary in Myanmar.

The offer was sent in writing to the CDA after FPI obtained the necessary permissions from the government of Myanmar. According to the contents of the email, Myanmar “is ready to process travelling documents for Kaavan within 24 hours of CDA accepting the offer”. The zoo’s management, however, did not bother to respond. They also seem shy to respond to a number of offers made by sponsors willing to shift the animal to an international sanctuary for his wellbeing.

Senior management of the CDA insists sending the only elephant of the zoo to a sanctuary is out of question. However, they say improvements in Kaavan’s living conditions are in progress. As an alternative, a senior CDA officer claims that if the government so allows, the CDA can spare four to five acres of land at Margalla Hills National Park to create a sanctuary for the grief-stricken elephant.

In search of empathy 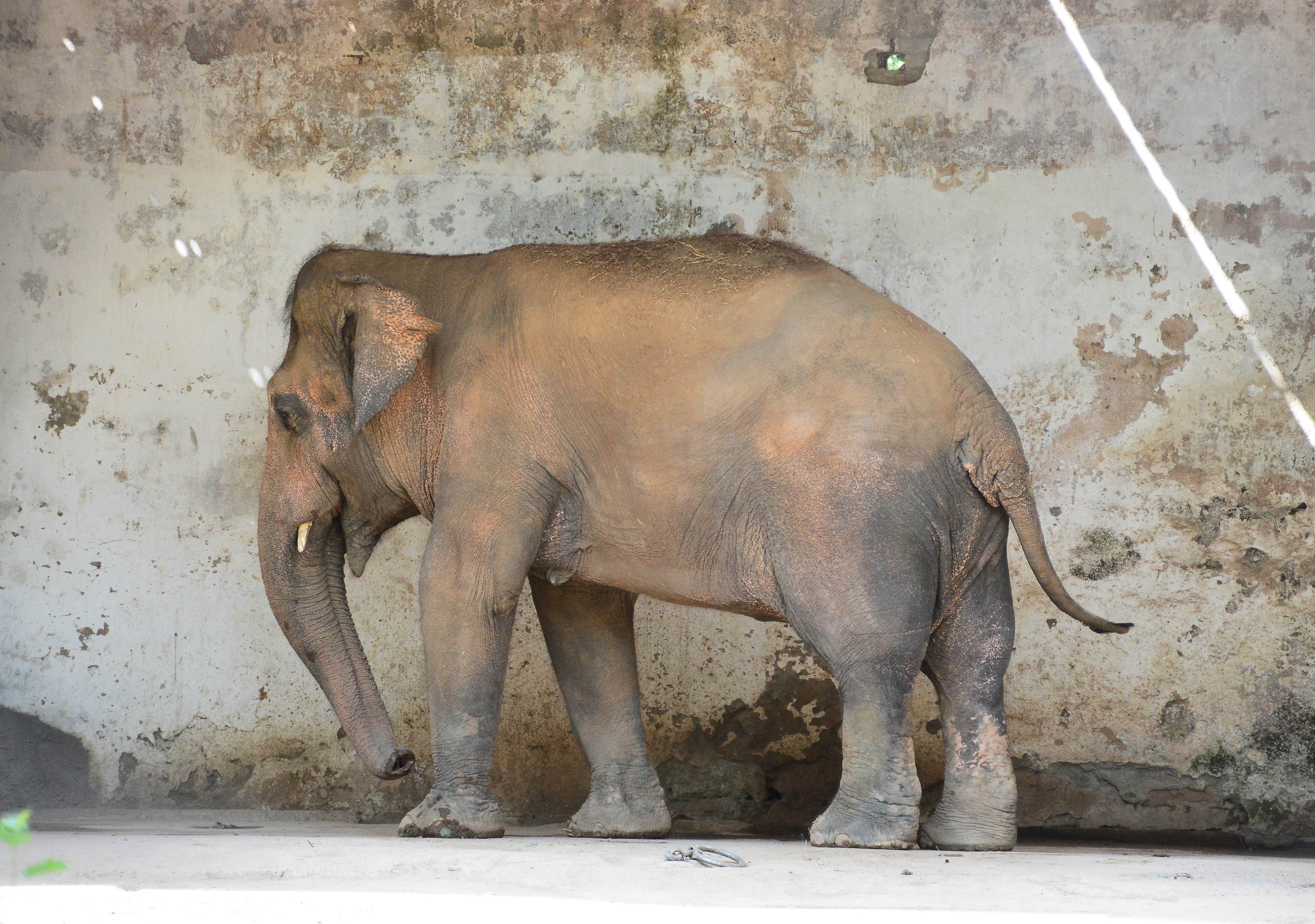 Elephants are on the verge of extinction. There are now less than 500,000 wild African elephants and barely 32,000 Asian elephants. Their survival has been threatened not only by the cruelty they face in zoos or circuses, but also as poachers continue to hunt them for ivory. Another aspect often overlooked, but which equally threatens their wellbeing, is empathy. Just like us, elephants are empathetic beings, with the ability to understand and share feelings of another.

Empathy makes this seemingly threatening beast immensely emotional and sensitive to things around it. In January 2013, pictures of a baby elephant in Borneo nudging and snuggling the body of its dead mother left people bewildered. This soon prompted scientists to carry out experiments in the wild to understand the emotional intelligence of these endangered species. Scientists have spotted elephants assisting other elephants in need, be it an injury or perhaps even plucking out tranquiliser darts from their fellows.

Kaavan, the sole elephant at Islamabad Zoo, experienced depression after the loss of his mate, Saheli, back in 2012. Saheli’s death resulted in a stark change in Kaavan’s behaviour. He spent more time grieving his loss and minimised his intake of food. Even though there no known incidents of Kaavan attacking people posing a threat to visitors at the zoo, it was chained instead of being provided medical treatment or another companion.